Is My Blog Burning?: Grilled Shellfish

Foodgoat took the opportunity of IMBB? 7 to snatch up some particularly tasty-looking shellfish at the market.  How can anyone turn down extra-jumbo gulf shrimp?

While brining the shrimp in salt for about 30 minutes, he mixed up a marinade.  In a bowl, mix olive oil, lemon juice, bunch o' cayenne, salt, pepper, whole heckalotta crushed garlic, and roasted pepper cream sauce. 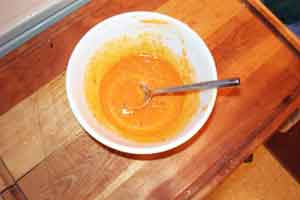 And of course, don't forget to devein the shrimp!  Big, black blood vessel does not make good eats. 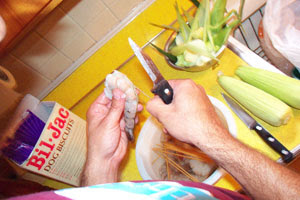 Sit the shrimp in the marinade for a while. 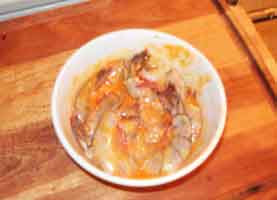 Use skewers to link two shrimp togethers (you don't want them to fall through the grill!) 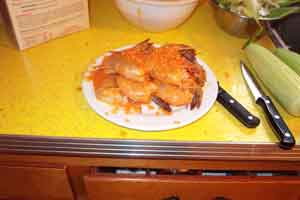 Start up the grill!  Foodgoat is a proponent of the chimney starter.  No lighting fluid needed! 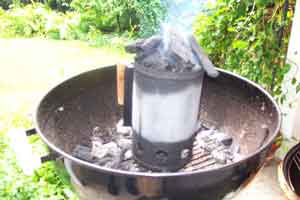 We didn't just have shrimp though.  We also picked up a soft-shell crab and two crab cakes.   We didn't actually make the crab cakes but they were still good. The soft-shell crab was an experiment, and Foodgoat will confess he was hesitant: there aren't a lot of animals he's eaten in its literal entirety.  Fortunately, the fishmonger took out the crab's face. 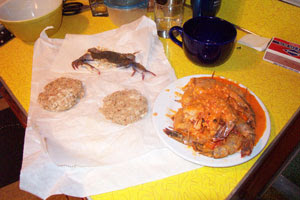 We put the soft-shell crab and the crab cakes on a hot cast iron skillet along with a lot of butter and garlic on the grill.  Okay, so I don't know if it counts as grilling, but it sure looks good, doesn't it? 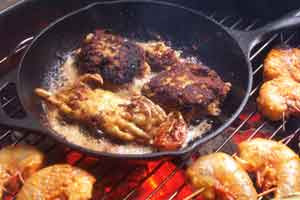 The shrimp was placed right on the grill, with the rest of the marinade poured on top, along with some corn on the cob for good measure. 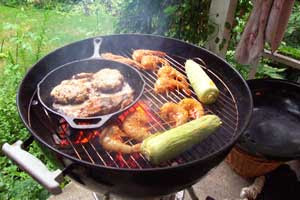 Flip everything once, and in no time you have a filling meal.  The shrimp was big and meaty and full of wonderful spices; the crabcakes soft and tasty; the corn was juicy, but the big surprise was the soft-shell crab.  It was strange biting right through the shell, but it was juicy and quite tasty (and it starts to look pretty good once it starts to cook).  Next time we'll get more than one!