It Has Been Decided in Your Favor! 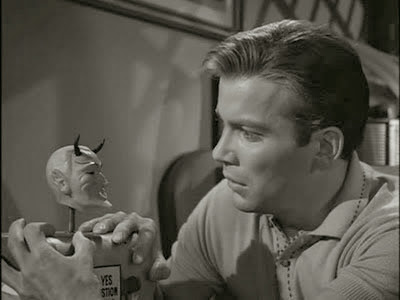 Yes, it's William Shatner!  With a mysterious fortune-telling napkin dispenser at a diner in Ohio, where his car has broken down!   Does the mystic seer really know all?   Is William Shatner crazy?    Will they ever leave? 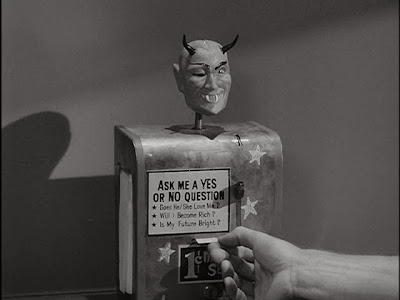 The Twilight Zone episode is called "Nick of Time", and it's a wonderful episode.  Annd Twilight Zone Shatner is my very favorite Shatner.

So naturally I've always wanted a creepy, devil-headed napkin dispenser of my very own, so I can ask it fearfully every day if this is the day I leave Ohio.

Anyway, sometimes such an item appears on eBay, but they're always rusty and cost $200, so I am pretty excited that ThinkGeek now sells these color-changing glasses featuring the ominous mystic seer for $20: 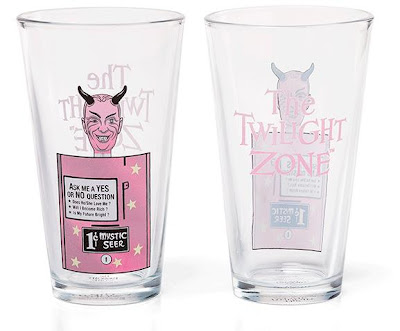 I think I'll take my beer with a moral lesson about controlling one's destiny and giving away your power to make your own choices.
1 comment: 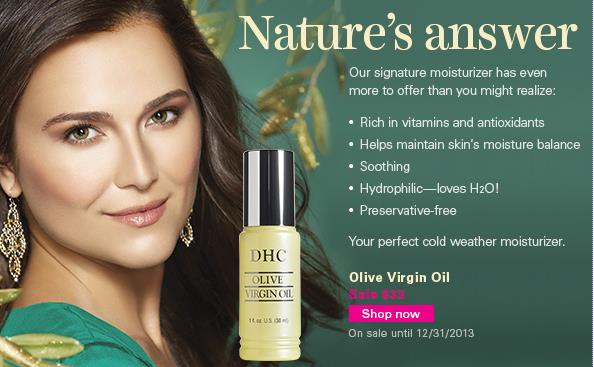 This sale showed up in my email, and it took me a minute to wonder ... wait, is that just olive oil? 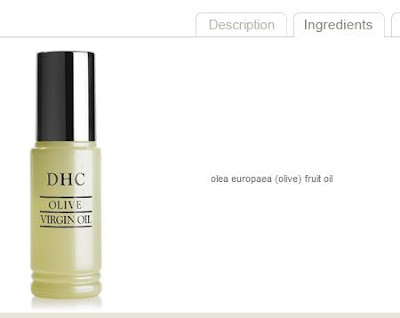 The moisturizer is called olive virgin oil, I guess so you think it's something different from what you have been using to cook with, and which I'm presuming you are not paying $33 (on sale!) for 1 ounce.

That being said, olive oil does make a perfectly nice moisturizer, although if we're sticking strictly to the kitchen cabinet, I prefer coconut oil myself.
1 comment: 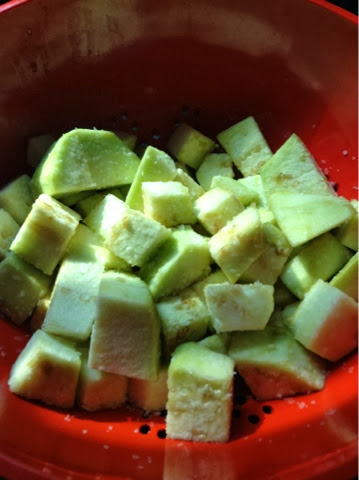 Salting has become a non-negotiable step in my eggplant preparation.  A liberal dusting of salt and an hour in a strainer to let the bitterness ooze out and a rinse has made roasted eggplant a far more tolerable dish.
9 comments: