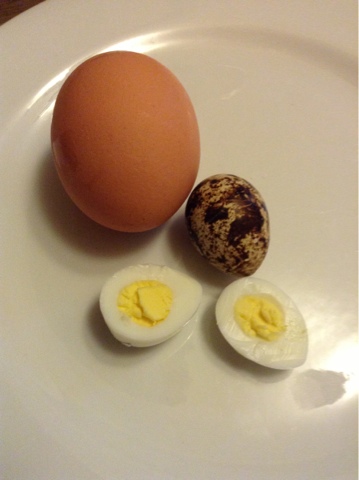 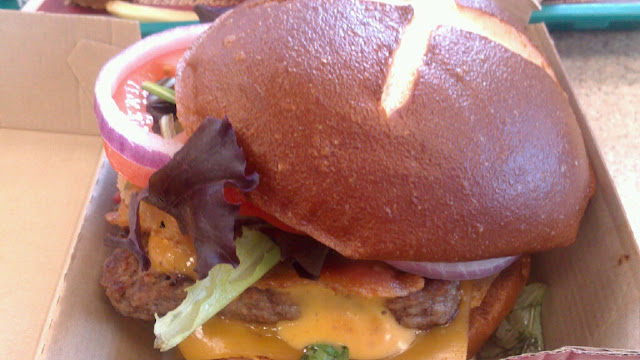 The Pretzel Bacon Cheeseburger was the best-testing product in Wendy's history.  Apparently one of the test markets was Cleveland.  And it's now on track to become Wendy's best-selling new product in a decade.

Of course we had to try it!

And it is, in fact, a really good fast food cheeseburger.  The hand cut pretzel bun (no two buns are going to be alike!) makes a difference - more substantial and more flavorful than a regular bun, it wasn't just a holder for the meat and cheese and the bacon and the cheese, but a legitimate part of the whole burger package.

Now that I think of it, the hamburger patty is actually interesting part of a cheeseburger in general.  The cheese, the bacon, the red onions, the bread ... those are much tastier to me than the ground beef patty. 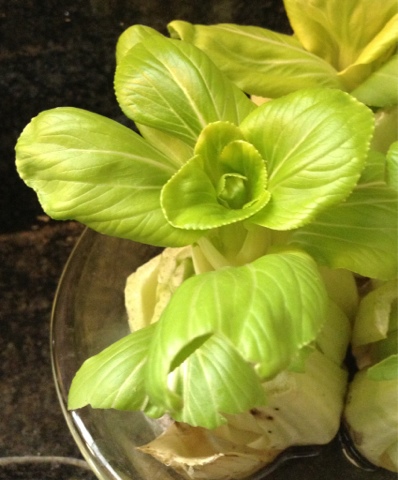 As you can see, if you just put the cut end of bok choy (or lettuce, or celery) in a bowl of water for a week, the leaves will regrow.  Then you can plant it outside, to get even more tasty greens, unless of course you have a yard that is overrun with thieving varmints, in which case you don't even want to bother trying it for the fourth time that year.
No comments: 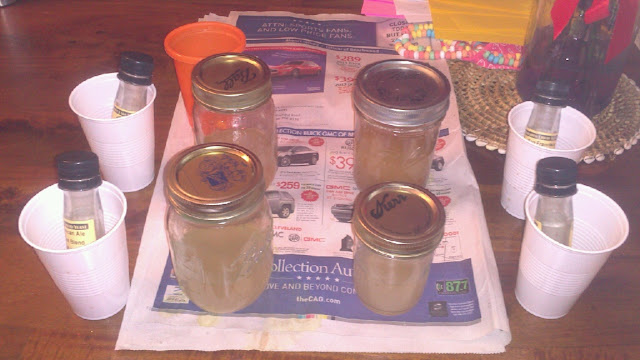 Foodgoat found four vials of brewer's yeast in the back of the fridge that had been there for three years and was able to coax them back into viability.  He was even able to use the corn syrup that I didn't know what to do with.

A Little Bit of Tiki Room in Cleveland

One of my favorite attractions at Disneyland is the Enchanted Tiki Room in Adventureland.  You know, the show with singing animatronic tropical birds?   The wait time is never more than 10 minutes, it's cool and dark inside, you can sit down, and these robotic birds are just singing to you.    It's wonderful.

But it wasn't until last month that I tried another popular feature of the Tiki Room - the Dole Whip.  Outside the entrance to the Tiki Room (which has been sponsored for decades by Dole) is the Tiki Juice Bar, which serves, along with Dole Pineapple Juice and Dole Pineapple Floats, the Dole Whip, a pineapple soft serve ice cream.  It's one of the most popular treats in Disneyland, like churros and the mint julep.

The Dole Whip is light and sweet and pineappley, and a nice change of pace from the usual concession stand options.

But now I find I don't have to go all the way to Disneyland for a Dole Whip.

Because Dairy King has them too!

And at half the price! 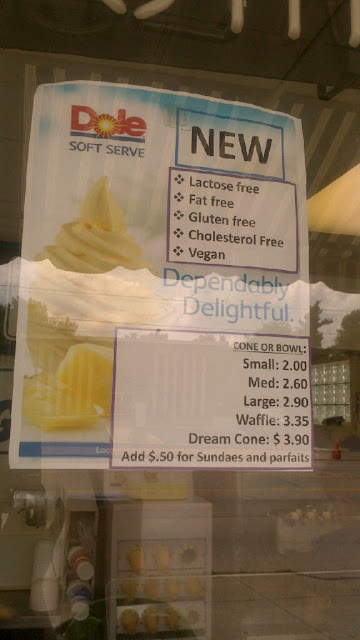 Disneyland also did not mention that they are apparently lactose-free, fat-free, gluten-free, cholesterol-free, and vegan.  Which is good, because normally such a list of attributes would make me think it's taste-free.  But it's not sugar-free, so there you go!

I am still not used to the idea of the Cleveland Plain Dealer only printing 3 days of the week.  It just does not seem right to drink my morning coffee while sitting with my iPad.  There is something much more satisfying about holding the newspaper right in your hands.
Last Wednesday Foodgoat noticed this article:

He had never heard of arancini, or Sicilian fried rice balls, before.  His grandfather is from Sicily, but Foodgoat doesn't remember him making them.
But he was inspired.  The next day, he and his capable kitchen assistant got to work. 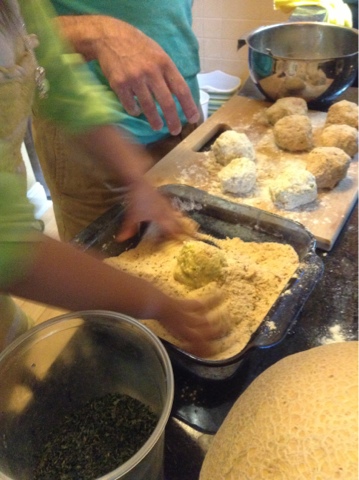 He had no recipe - the Plain Dealer didn't include one - just a general idea that he would make them the way he makes breaded pork.  And that he would use up things that had accumulated in the fridge.  Hence, the leftover sushi rice (which I didn't use because it had been overly seasoned) was mixed with a shredded lone zucchini and stuffed with the last of the fresh mozzarella.  They were breaded with egg and flour and bread crumbs and parsley and fried in olive oil. 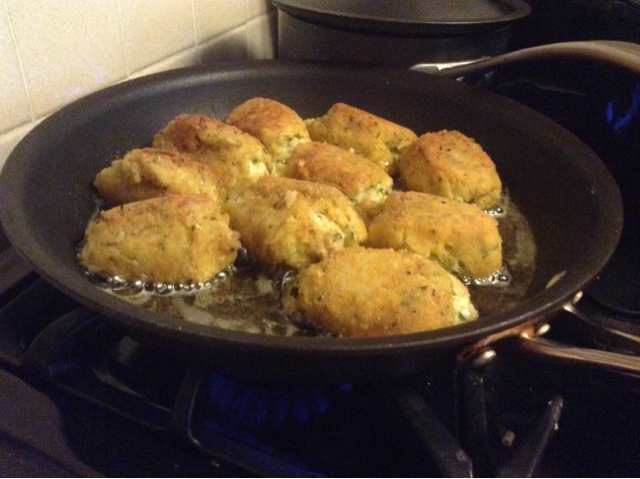 They also made a pasta sauce of a collection of various tomatoes, peppers, and some capicola.  Everything was topped with Parmesan, naturally. 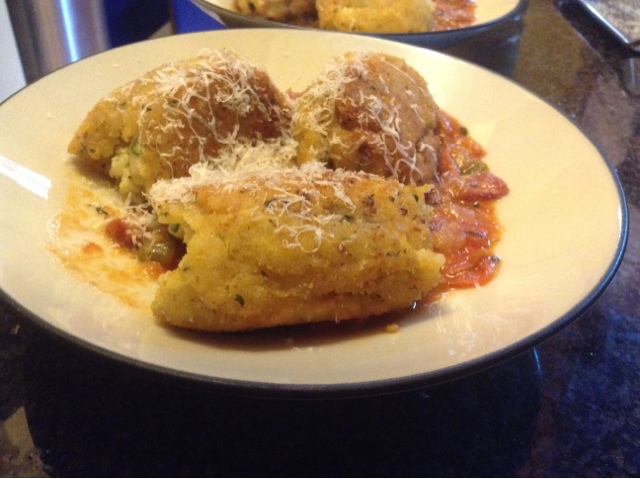 The result was so, so delicious.  The breaded crust was crunchy, the rice (which didn't taste too vinegary anymore) and cheese insides were creamy and rich.  Together with the sauce, it was an unexpected and satisfying dinner.
And as it turned out, arancini was a dish that Foodgoat's grandfather did in fact know about.  And he did try to make it.  He tried many times.  Many, many times.  And to his great frustration, it never worked.  The rice balls never held together - they always fell apart.
It was not until years later that Foodgoat's mother figured out why - it was his use of Uncle Ben's rice, a long grain rice that advertises itself as not being sticky at all, that probably doomed the rice balls.  Since we used sticky shorter grain rice that was originally made for sushi, Foodgoat's rice balls had no problems with structural integrity.
I feel like that familial loose thread has now been nicely tied up.
No comments:

Because It Seems Such a Shame to Waste Gravy 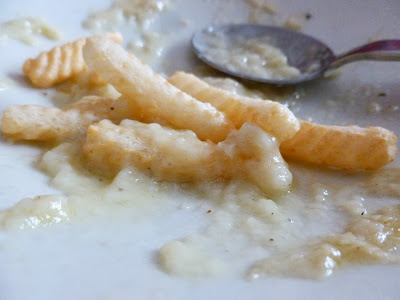 In case you have ever wondered, shrimp chips in leftover gravy from pork and dumplings tastes just fine.

How to End a Border Dispute

So, earlier this week there was a face off between Indian and Chinese troops.  Apparently this happens sometimes, where India and China have different perceptions of the Line of Actual Control (LAC) between India and China, so both sides have patrols to their monitor their respective positions.

At first I thought the Indian troops won, but it turns out the beer was Budweiser, so now I think the Chinese troops got the better let's-not-start-a-war token.

Today's Groupon is a Failgate

Today's Groupon email started off promisingly enough, and appropriate since I was planning a night home watching the Cleveland Browns preseason game ... 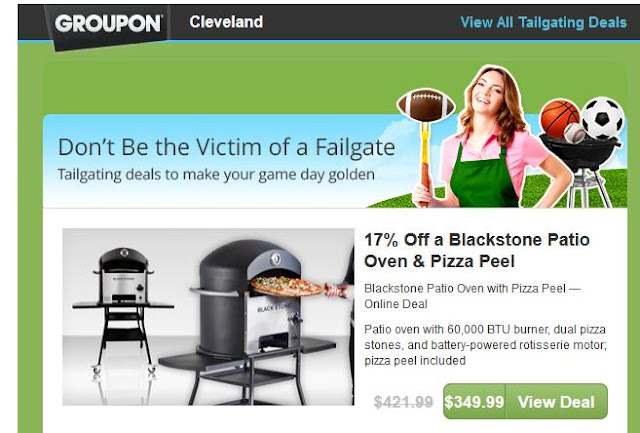 But then came this:

Which I don't even understand.  You put your beer in a plastic cup that looks like an upside down beer bottle?

And it's for girls night out why? 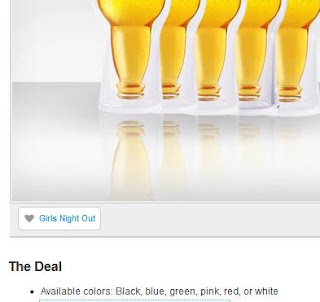 And then there was this:

At first I thought this was aimed towards women too, which is kind of offensive.  Even though I can't exactly remember what the wildcat formation is, or recognize the prevent defense when I see it.

Anyway, it turns out this course is more for understanding football for work and networking situations.  Which is not a bad reason.  But the website for the course did make me laugh:

When they explain that it's a video course:

When you have to ask yourself if this course is for you:

When they describe what you'll learn:

I'll stick with the oven ... actually, wait, can't you just make a pizza on any old grill?  One that doesn't cost $350?  And can cook other things too? Once in a while, I wonder if I should try a gluten free diet like everyone else, but I think, OMG PASTA THOUGH.
Especially if Foodgoat makes fresh pasta again.  I forgot how different fresh pasta could be from dried pasta, and how yummy. 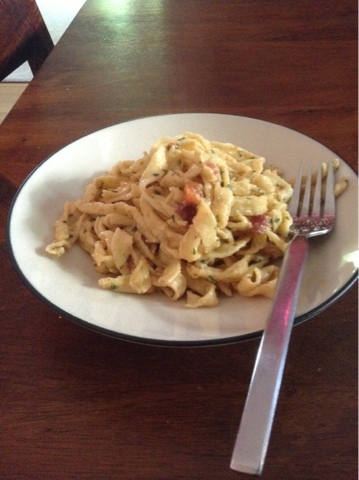 OF COURSE I have an opinion about the new Doctor!  Who doesn't?  Although I would have loved  Helen Mirren (or any actress, really) as the first female Doctor, I'm increasingly excited about Peter Capaldi.  Here's why:

I have decided what I really need is a well organized, well stocked pantry.  My inspiration comes, not from Pinterest, but from ... 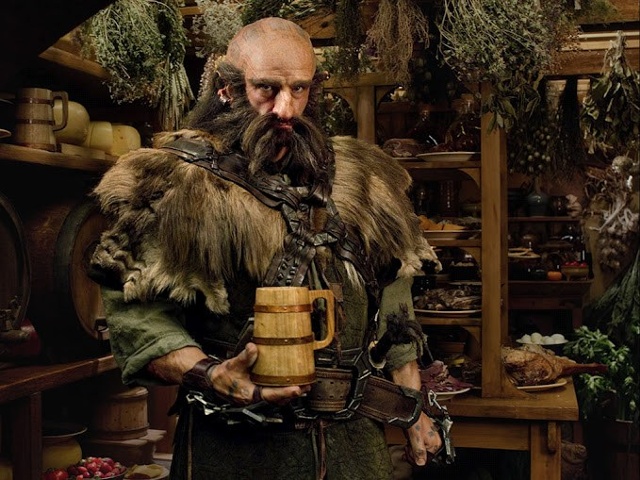 The Hobbit.  Bilbo has such a big, well stocked pantry.  Did you see what the dwarves ate?  Did you see the big rounds of cheese?  All the herbs?  The dried meats? 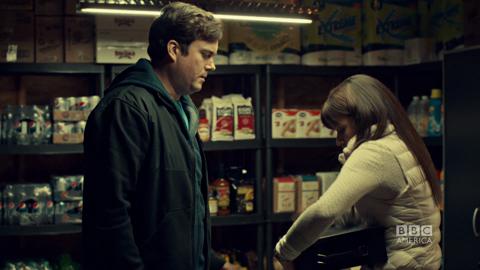 Orphan Black.  Alison, soccer mom clone, has not only a really enviable craft room/interrogation room, but an impressively stocked garage!  And we've seen her clipping coupons, so you know all those supplies were like 80% off.  She's my favorite.

Sadly, all I have is a disheveled closet with an extra box of Capri Sun and precariously stacked cans of tuna from Costco.  And I have been out of paper napkins for about three weeks now.  I'm clearly not living up to my ideals.
No comments: