Tasty, and Medicinal Too 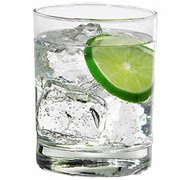 Recently, Foodgoat's drink of choice has been a gin and tonic, garnished with a slice of lime. The gin is Bombay Sapphire, the tonic is Canada Dry, and it all started when an Irish midwife I know mentioned that back in Ireland they used to say that a gin and tonic and a warm bath would help induce labor.

A couple sips were included in the arsenal of old wives' tales methods used to encourage GoatSpawn's well-timed arrival (just after Ladygoat's mom came in town, at the start of the weekend, after dinner, and on the Cleveland Browns' bye week), and since then, he's fixed up the cocktail regularly.

Gin and tonics was first popular with the army of the British East India Company in India. Tonic of course contains quinine, which was used prevent malaria. But since quinine was very bitter, the addition of gin made it easier going down. Modern tonic water has much less quinine, but lgin and tonics remain popular. Winston Churchill apparently once said that gin and tonics saved "more Englishmen's lives, and minds, than all the doctors in the Empire."
3 comments: 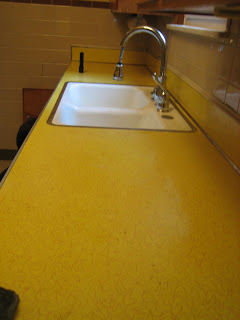 What makes the kitchen a happier place? New countertops!

After four long years living with the ugly, worn down yellow boomerang formica laminate countertops that probably date back to the 50's or 60's 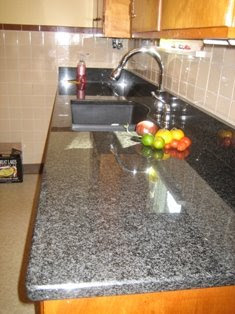 , we finally upgraded to black granite countertops and a big, deep new sink. It makes a world of difference, even making the cabinets look a lot better. It's easy to take care of, and it's pretty too.

Of course, now the floor looks even worse.

GoatSpawn was born two days after my mother arrived in town, and it 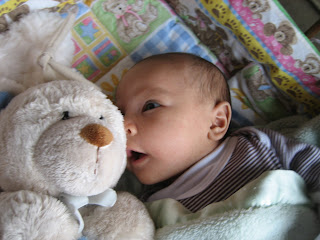 has now been four days since she went back home, leaving Foodgoat and I to go it alone with GoatSpawn. One thing we have discovered: we have to eat a lot quicker. We sit down to eat, and inevitably she'll wake up and say, hey, I think I need to eat too. So I scramble to finish my food, or Foodgoat scrambles to finish his food, so that GoatSpawn can get her meal. And we have to be more efficient in preparing meals too - it seems like there is just less time that we can spend fixing dinner, or one less person who can help, so convenience has emerged as a more important factor in deciding what to make for dinner. 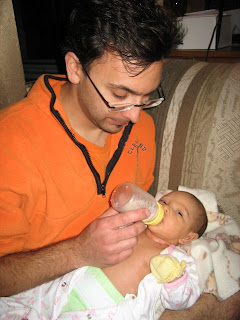 I am now 5 weeks old, and it's been a marathon of eating and sleeping and trying to tell Foodgoat and Ladygoat what exactly it is I need. It's always been Ladygoat who takes care of my eating needs, but one night, it was Foodgoat who took me aside at dinner time. Being hungry, I wasn't too pleased that Ladygoat was nowhere to be seen.

But then Foodgoat produced something he called a "bottle" and lo and behold, it was full of milk! I was completely astounded. All this time, and it turns out he too has the power to feed me too! I looked at him with surprise the whole time: Why didn't you do this before, Poppy?