You know what would be unexpected for Foodgoat? If I made dinner ever. At least a dinner that did not involve dumping something out a cardboard box into a bowl and pouring milk over it.

GoatSpawn, I promise never to dress you up as the main course. (I will also avoid the other 19 baby products great for traumatizing infants). 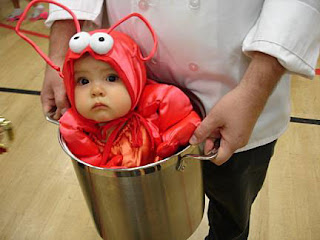 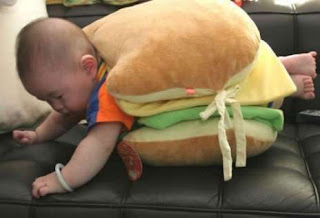 However, I make no promises regarding squid costumes.

Reports have confirmed that six lobsters were killed in an early evening mass execution in a Cleveland suburb. 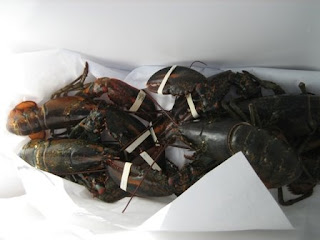 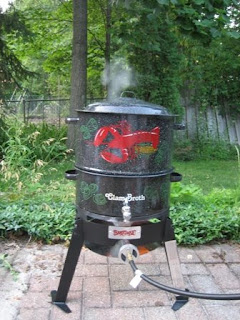 All six crustaceans, who appear to be unrelated, had been kidnapped and held hostage. Cause of death was ruled superheated steam exposure.

The weapon was identified by the whimsical painting of the victims on the side of a pot.

The motive appears to have been tastiness. Succulent, juicy, tender, sweet tastiness. 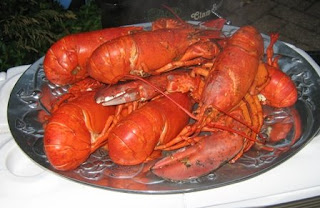 Authorities are investigating six suspects, including a 3-year old boy, who is reported to have said, upon seeing the lobsters, prior to the killing, "EEEEWWWW! That looks gross!! ...(pause).... I want to eat it." 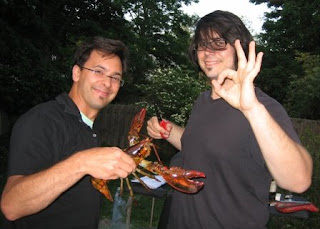 Photographs have surfaced of the alleged murderers (aka Foodgoat and Mr. Negative), who, shockingly, they show no regret about their actions, which ultimately included tearing lobsters bodies limb from limb, sending lobster juices flying all over, to get to the succulent, oh-so-delicious meat.
3 comments:

GoatSpawn here, checking in with the world.

When I'm not busy growing all the necessary parts for human life (which takes a lot more time than you would think), I'm already contemplating this food thing. So far, I only get to see the food after some processing by Ladygoat, but I've found when she eats, I have the energy to begin another round of trying to beat my way out of this place. Especially since she has continued to insist upon a daily cup of coffee. (My current digs are quite comfortable, except that every once in a while, this loud booming voice announces, "Spawn ... I am your ... Father." )

Indeed, Ladygoat has continued to eat a lot of things since I've been around. While some women get puritanical every little thing that passes into their system, Ladygoat has tried to forestall pregnancy paranoia. Fortunately, her doctor seems to follow the same philosophy, since, when asked about diet, he just shrugged and said, "Everything in moderation."

Among the foods I've already be exposed to:
Well, I see that it's getting late, so I will now wait 'til things quiet down around here, so as to begin yet again to try to kick my way out. I'll bust out of here eventually!
2 comments:

Well, maybe not quite in town just yet. But I thought I'd jump on this blogging thing, so as to build up the buzz for the big debut in a few months.

Guess where I'm staying until then?

One of these is the GoatSpawn belly, and one is the beer belly! 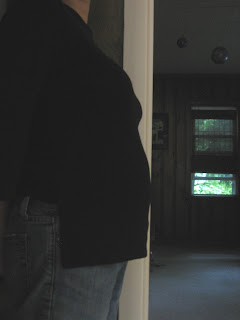 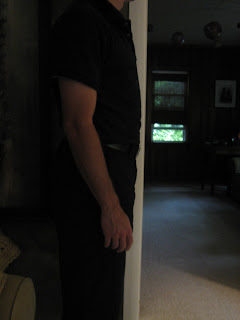 So far, I haven't made many food demands. Well, except for that one part in the beginning when saltines were the only thing that tasted really good. But other than that, I have sent no food craving signals to the surface.

Just you wait, though, Foodgoat ... one night soon, Ladygoat may suddenly "suggest" that you go get her a bucket of KFC chicken. With some lemon ice.
6 comments: 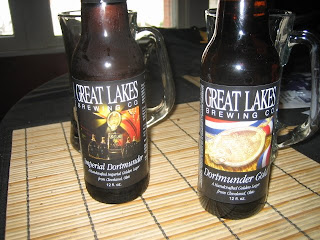 Rarely do I get a chance to post some breaking food news, and today I have a doozy. My favorite beer company"Great Lakes" just released a new limited version- the Imperial Dortmunder and must share with you all how incredibly good it is.

A little background: and little ritual of mine is to head to the local beer store "Beverage Warehouse" and pick up something I never tried before. Normally I gravitate to the beer from England because I have found many excellent beers from GB. But this past year my beer of choice is a local brewery "Great Lakes" and I love their Dortmunder Gold- absolutely love it!

Now today, Great lakes released the Imperial Dortmunder---- I actually am the first person in my area to try it, so I feel the need to relay the experience...... It's good.... oh yeah it's good. 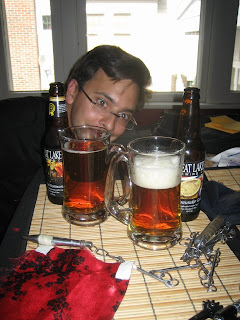 As you can see the color and body is quite simular to the Dort Gold (ignore the foaming head on the gold Ladygoat poured that one). Other than looking similar the taste is quite different. The Imperial is a PERFECT beer. I know that sounds crazy, but trust me readers it's perfect. Its dry hoppy and a touch of sweetness. It's so good even Ladygoat can tell how heavenly wonderful this beer is. [please forgive my crude writing style compare to Ladygoat- she is a much better writer than I- and I am feeling the effects of drinking two beers in one sitting :)]

So if you live in the Cleveland area- pick up the Imperial Dort ASAP. It is ........ Wonderful. If you never tried a Great Lakes and you love beer: head to your specially shop and try out the Dort. It gets the Foodgoat highest praise..... It's sooooooo goooooooooood.
2 comments: