Sometimes, you find something that seems to have exactly what you want and desire. It has all the right ingredients, everything about it sounds just right, it comes from a reputable brand that has a history of winners, and damn if it even just looks good.

You have to wait to try it, though, but you are patient. You are patient because you know the wait will be worth it. How could it not?

And then one day you sit down with a big bowl and a spoon, ready to experience in real life the deliciousness which up until now had only been tasted in your imagination.

Only to be so, so disappointed. 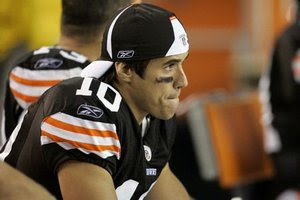 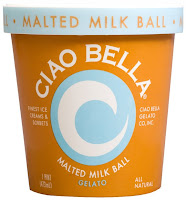 Last month, I was chagrined to find that Foodgoat was not at all interested in trying the malted milk ball ice cream that sounded so delicious. Eventually, after weeks of him not acknowledging its presence in the freezer, I had to concede that he's just not that into it, and I scooped it into a bowl for one. A big bowl. Actually, to be honest, I just sat on the floor with a spoon and the ice cream. I was sure it was going to be that good.

Except that it wasn't. It was just ... okay. The malt balls didn't quite have the snappy, crunchy bite I was hoping for, and while the malt ice cream was good, it wasn't as good as, say, a vanilla malt or mocha malt milkshake from Mitchell's.

Foogoat, when he did get around to tasting it, only said, "It tastes homemade," by which he means, "The texture isn't smooth enough" or possibly, "I knew it would suck."

How he knew it wouldn't be good I'm not sure, but he could have just told me so in the beginning so I could have saved myself from the heightened expectations and subsequent disappointment. Or he could have bought himself a Cleveland Browns jersey with 'MALTED MILK BALL ICE CREAM" on the back. Same thing.
No comments: 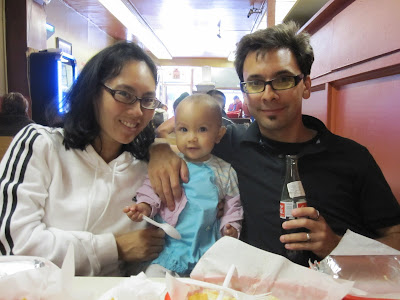 Coca Cola: ubiquitous, enduring, and familiar. And unchanging. Well, except for that ridiculous New Coke thing in the 80's. And, as it turns out, Mexico. We're a little late to the party, but it was only on a recent trip to California that Foodgoat was first introduced to Mexican Coke. What's that, you say? Coke with a splash of tequila? A dash of cayenne? No, it's a Coca Cola that has been made and bottled in Mexico. What's the difference?

And they bottle it in an old fashioned glass bottle, instead of a can or plastic bottle.

These two factors make Mexican Coke a delightful, nostalgic alternative to regular American Coke for Foodgoat. Drinking a Mexican Coke is a warm, pleasant experience that takes him back to his early childhood in the 70's, visiting his grandparents' house in Garfield Heights. 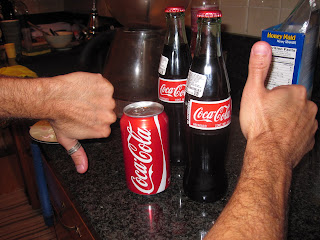 Is it just the glass bottle? Nope. Mexican Coke, with its cane sugar, really does taste more like the Coke of yore. In 1980, corn syrup replaces half the sugar in Coke in the U.S.; by 1985, U.S. Coke was sweetened entirely by high fructose corn syrup, which is much cheaper (while sugar is cheaper is Mexico).

While Coca Cola claims it makes no difference at all in the taste, others disagree, and Foodgoat is one of them. He put it to a head to head blind taste test, and found Mexican Coke the winner: it had a discernibly smoother taste.

But then we came back to Cleveland. Foodgoat had a yen for Mexican Coke, but nowhere to get it. We thought our Mexican Coke craving would have to wait until our next visit to California.

But on our weekly trip to Alesci's, the local Italian deli, Foodgoat spied a box of just delivered Coke bottles, and an examination of the label confirmed it: Mexican Coke! In Cleveland! Just around the corner from us!

We went home with six bottles.

After happily enjoying our Mexican, cane-sugared Coke, Foodgoat took a glance at the ingredient list on a regular, U.S. bottled Coke to see if there was anything else different.

He was surprised to find sucrose, rather than high fructose corn syrup, on the ingredient list. Isn't that ... sugar?

In fact, some Coke bottlers in certain metropolitan areas switch to using sugar once a year - every late March and early April, for the two to three weeks leading up to Passover. Corn syrup can't be consumed during this time by observant Jews, hence this limited run of Passover Coke. As you can imagine, it runs out quickly.

The Cleveland bottler, though, apparently uses sugar year round.

So if you can't find Mexican Coke and it's not Passover, look for Cleveland Coke!
8 comments: