You sit down to figure out the Petraeus scandal, and the next thing you know you haven't blogged in a couple of days.  Who did what now?

Anyway, on to more pleasant things.  Lately I have been enjoying getting the Retronaut emails because old photos of odd and interesting things from ye olden times have been far more enlightening and delightful than CNN's headline news.

But of course, you can also find photos of a teenage Morrissey, Robert Smith's wedding, the time Cleveland set a world record in balloons, exotic dancers from the 1890s, David Bowie playing ping pong in a kimono (although all photos of David Bowie are pretty much fascinating), and this are-you-kidding-me pro-draft-dodging poster.

This time, we started with delicta squash, which is the most approachable winter squash there is.  It's small.  It's thin skinned.  The seeds are scooped out easily. 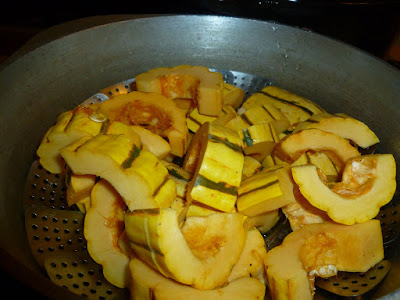 Even though it was pretty easy to chop up, I opted not to roast them.  Instead, I steamed them until they were soft.  It seemed much more efficient than roasting - faster and requiring less energy since you use the burner instead of the oven.

Then I pureed the whole thing - skins and all.  I froze the puree in a plastic bag until ...

Because there's no reason that paprikash needs to be made with chicken.  Remember?  He made Italian Bean Paprikash already.

Here's his recipe for Chicken Paprikash.  Can you just substitute in the two cups or so of frozen steam squash puree for chicken?  Maybe!  I'm not really sure!  I assume so!

I did get a delicious squash paprikash though.  Super creamy, a nice balance of sweet and spicy, with comforting dumplings.

It has become one of my favorite versions of paprikash.
No comments:

Dumplings and Broccoli and ... Cheetos


NOTE:  THIS DISH WAS NOT FOODGOAT'S IDEA.

I don't think there's enough beer in the world to inspire the use of Cheetos in his cooking.

Nope, the inspiration for this came out of the 2010 Saveur 100 issue, the Chef's Edition.

In that issue, Chef Craig Koketsu of New York City's Park Avenue Winter provided his recipe for Broccoli and Cheetos.

Apparently foodies in New York will pay for anything.

Anyway, it's basically steamed broccoli with a cheese sauce, topped with crushed Cheetos.

Foodgoat's version had a cheddar sauce (instead of a mostly Gouda sauce) and joined it with bacon dumplings.

I'll be honest, I'm not sure that Cheetos will become a staple of the Foodgoat kitchen any time soon.  They weren't bad on broccoli, but I'm not they added much except a crunchy texture and a sense of culinary slumming.

The Future is Ponies

Whew, it's starting to really sink in.  The election is over.

Are you happy? Are you sad?  Optimistic?  Proclaiming the decline of civilization via Twitter?

Either way, it's time to focus on other things now.   It's time to look to the future.  A positive future, based on something that can unite us all, rather than divide us into reds and blues.  Something in which we ALL can win.

I'm talking, of course, about the new season of My Little Pony: Friendship is Magic starting on Saturday. 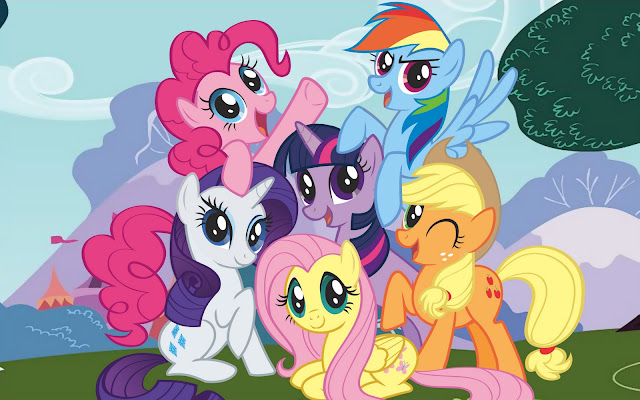 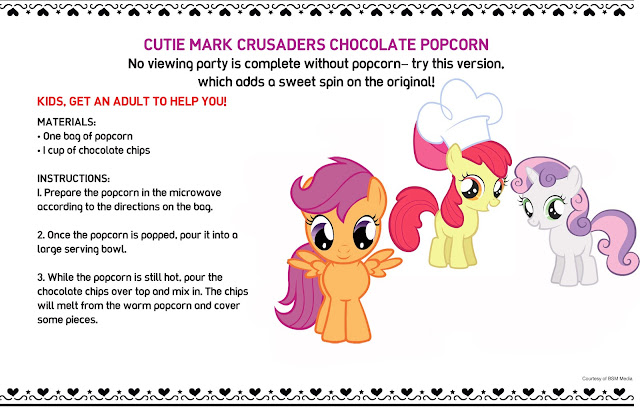 
I am really beginning to really admire quick breads for their ability to easily take on almost any kind of fruit or vegetable pulp and transform it into a sweet and delicious baked good.

Here I had some roasted and mashed squash - I don't remember what kind - just sitting in the fridge, cold and a little sludgy and not very appealing.

Then I used My Baking Addiction's recipe for Butternut Squash Bread and voila! 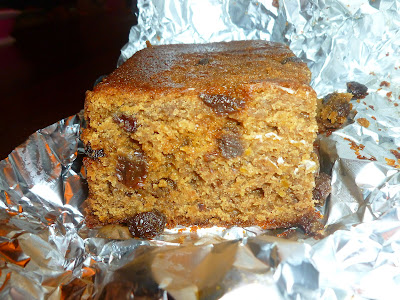 Of course I used a lot more squash puree than was called for (I was determined to use up what I had) and I put raisins in and I had to bake it longer than the recipe said ... but I'm happy with how it came out!  Super moist and tasting very seasonal.

Of course, I did under-mix it a bit.  I am always anxious to avoid over-mixing a quick bread, since that causes gluten to develop, making the bread tougher instead of more tender.  But under-mixing means ingredients do not get well incorporated, and lucky Foodgoat gets a mouthful of baking soda in his slice of bread.

Now that I think about it though, I guess I could have mixed the baking soda well into the flour before I had to mix in the wet ingredients.  Just like the original recipe said.
No comments:

There is hope in this endless, bitter war!

No, not Melody Pond.  I wish.  No, it's finally election day!  Soon we can put to rest what has seemed like the longest, most endlessly prolonged, most annoyingly partisan election season ever.

I will never be so happy to see local carpet cleaning commercials.

But first I have to get through the day, and even worse, the night.  A night of being glued to the news channels and their needlessly high-tech maps and their commentators of varying (but mostly low) tolerability.

I'm trying not to be too emotionally engaged in this, but I can already see it's going to be a bad day for stress eating. 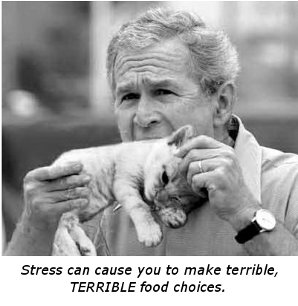 Oh yes, it's going to be ugly.

Just an FYI, if you don't happen to have a bottle opener handy, one of these will suffice: 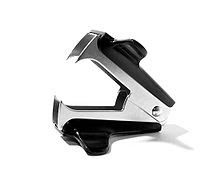 Just try not to get root beer all over your desk, your day planner, or the documents you printed out for the meeting in five minutes.

I presume it's only a matter of time before the food blogs feature not only professional, stylized photographs for each step in the recipe description, but animated gifs too.

They're so mesmerizing, aren't they?

What are you making for dinner, Foodgoat?
No comments:

One Thing I Don't Need: A Banana Slicer

Far be from me to judge other people on the kitchen gadgets, but this one really does seem particularly unnecessary: 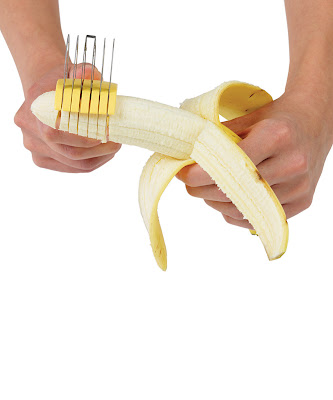 The reviews on Amazon, though, are pretty hilarious.
No comments:

Why Matt Smith, Mr. 11th Doctor, did I forget it was your birthday on Monday?


I feel a little better that not even the Chin Boy got a Dalek cake for his birthday.  For while I thought about trying to make a Dalek cake.  I have seen some wonderful Dalek cakes that people have made, but I think that for me to attempt it is just a recipe for one epic cake wreck.