20 Things I Did While Home for the Holidays

1. Got bubble tea three times. Tried the hot version. Verdict: Thumbs up!
2. Avoided burgers (mad cow!). Until we couldn’t take it anymore and went to In N’ Out.
3. Watched Agnes of God. Favorite scene:“Agnes, it has come to my attention that you have stopped eating. Why is this?” “Because I'm getting fat. I am, there's too much flesh on me. I'm a blimp.” “You needn't worry about being attractive here.” “I do, I have to be attractive to God.” “He loves you the way you are.” “No he doesn't. He hates fat people.” 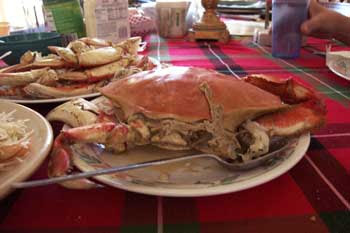 4. Ate lots of crab. Even after hearing the frantic struggling of the still-alive crabs against the pot cover my dad held down until the crabs were slowly steamed to death. Could swear I could hear them squealing in agony. Pass the plate of legs and the nutcracker, please. 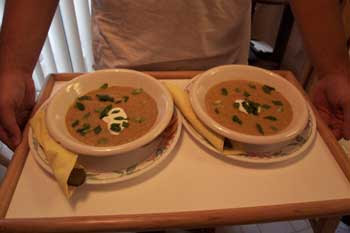 5. Brought the plague to my house. Got sick with the flu on Christmas Day. A couple days later, my sister was coughing. The day after that, my dad was drinking lots of calamansi juice. A few day after that, my mom was curled up on the papasan chair and barely eating the vegetable soup we made for them.
6. Got lost in a gated community in Gilroy and had to use a big spotlight to case the joint. Started running out of gas on the way home and was crawling along at what seemed like 25 mph along Highway 101.
7. Played lots of Cranium. Played some Super Smash Bros. Melee and a volleyball game with bombs on the Game Cube. Got beat by my sister playing Boggle. Big surprise.
8. Got hooked on “Sex and the City” again. 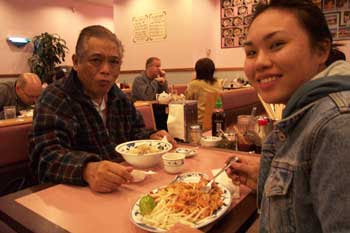 9. Risked death by eating at Thai noodle house Tung Kee. Just soup for me, thanks! 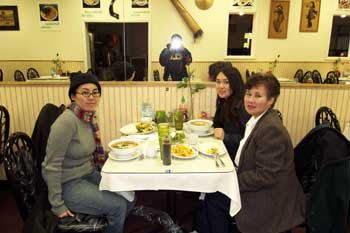 10. Risked death yet again by eating at another Thai place in Oakland’s Chinatown. Just soup for me, again! See my brother in the mirror? 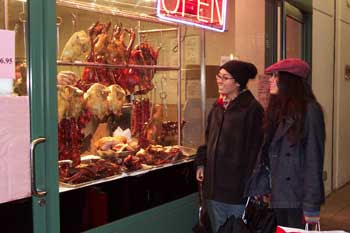 11. Contemplated buying an animal fried whole and strung up by its neck. Or rather, contemplated what animal it used to be. 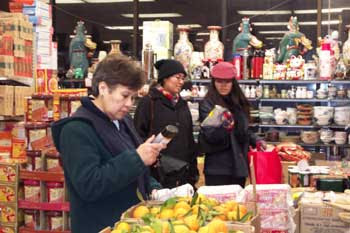 12. Picked up fortune cookies at a shop in Oakland’s Chinatown. Best fortune:“He is thinking of you, and tenderly” ... which my dad got. 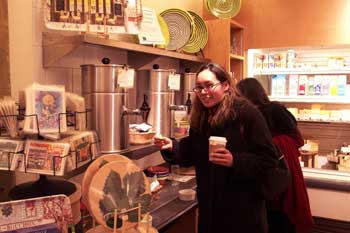 13. Had plenty of delicious samples at the very gourmet Berkeley’s Pasta Shop. We got a sheep’s milk cheese and a baguette, because a bagel with cream cheese is not much of a lunch. Overheard someone say that they had met their first actual, real-life conservative.
14. My brother finally finished reading “The Two Towers,” so we could finally watch “The Two Towers” extended DVD, so we could finally watch “Return of the King.” Snuck in Garlic Butter Ritz Crackers and bananas. Good news: my sister didn’t fall asleep during this one. Bad news: Aragorn squeaks when he rallies the troops!
15. Watched Dances with Samurai. Had to sneak in the bubble tea in my pocket because of a persnickety employee.
16. Tried to crank call Foodgoat in Cleveland but my sister started laughing and hung up every time.
17. Knit a skinny scarf, even though skinny scarves are now passe in California. Used my new “Knitting for Dummies” book.
18. Straightened my hair with my new flat iron. Now I can get the salon look every day – at home! 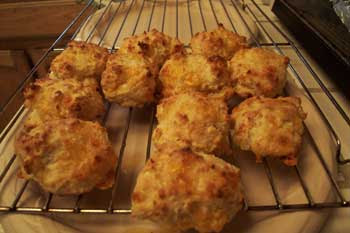 19. Ate tasty garlic-cheese biscuits my brother made. Drank extra strong espresso my sister made. Didn’t eat too much rice ... everyone at home is on a quasi-Atkins diet.
20. Made a no-bake cheesecake out of cream cheese, sour cream, and Cool Whip. We put it in the fridge. A little too soft. We put it in the freezer. A little too hard. The most important lesson: don't microwave the cheesecake even for 10 seconds, even if it is too hard. Why? It melts.