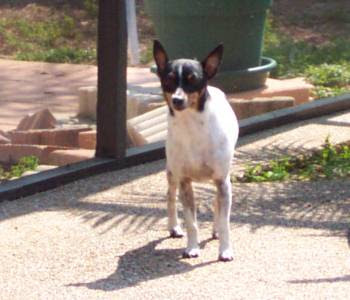 Likes: French fries (his favorite!), bread, cheese
Doesn't like: Food offered by someone with a sneaky and devious look (he's a little suspicious)

Odd eating habits: Picks out and eats the red kibble only, leaves the tan and brown kibble in the bowl. Won't eat anything offered first to Maia. 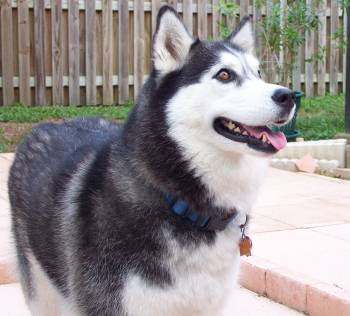 Likes: Meat, cheese, bread. Also eats bananas, grapes (except someone else has to split them open for her first). Everything humans eat.
Doesn't like: Lettuce

Ickiest meal: A frozen squirrel head
Cute trick that's not so cute anymore: Puts her big paw on your knee while you're eating
Doggy instinct: Buries bones (disappointingly easy for her in sandy Florida), and digs them up and eats them much later.
Odding eating habit: Can hear a cheese wrapper a mile away. Has sixth sense about when people will give her a snack.