Review: Spice Packs - Not for the Seasoned Cook (heh, heh)

We have a well stocked spice cabinet - a lot of spices, and an excellent spice source.  Foodgoat can mix and match his own spices very well, so we didn't have particularly high hopes for these individual spice packets made by Aromatica Organics, who claim to be America’s first organic spice company,which we were sent samples of to review a while ago.
Each spice packet is sized for making a dish that might be enough for two people - enough to one pound of chicken, let's say, or two potatoes - so there is no measuring needed.  The packet also helpfully comes with suggested uses and directions.
They have a large selection, but we tried out three in one meal - the Green Bean Seasoning with pan-sauteed green beans, the Potato Topper Seasoning with mashed potatoes, and the Caribbean Jerk with a roasted chicken. 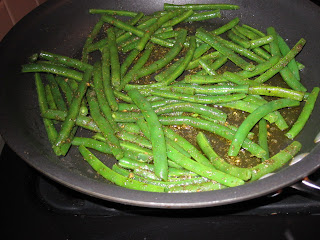 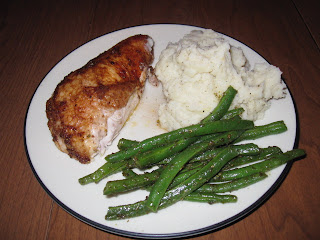 Surprisingly (to us, anyway), the spice packets worked generally very well and were easy to use.  The chicken was great and the mashed potatoes was delicious.  The green beans were overwhelmed by the spices, though.  I don't know if I necessarily blame the spice mix on that, because generally I don't think green beans even really needs much in the way of spices.

All in all, I was surprisingly happy with the spice packets.  They were easy to use, tasted great, and made cooking very simple.  Still, they aren't something we are likely to use a lot, because we do tend to have our own spices on hand.

But they are still nice to have around, I have to say.   And I can think of a lot of situations in which these individual, pre-mixed spices make a lot of sense: when you don't keep a wide variety of spices on hand, when you don't quite sure how to blend spices, when you're traveling and will be cooking in a different kitchen.