I love keeping sourdough starter. Sourdough bread isn't always so easy to find around Cleveland, and it's great to be able to make a loaf of sourdough when the mood strikes, or to have sourdough pancakes (delicious with chocolate chips).

The starter is surprisingly easy to maintain, even when I don't have plans to make bread or pancakes - so much so I think everyone should have it. Here's how I do it: 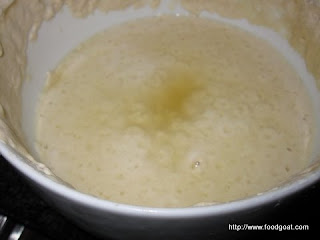 The starter is usually kept in the fridge, and hasn't been fed in a week (I can go as long as a month without feeding it, but then it takes a while to recuperate). I mix in the liquid collecting on top, which is alcohol.

First, I take out about a cup of starter, which is about half of the starter in my container, and put in another bowl. You take out starter so that your starter will stay at the same amount, instead of overflowing it's container.

The remaining starter gets fed with 1/2 cup water and 1 cup flour. If I'm making bread or pancakes or something else that requires fed starter, I leave it out until it gets bubbly. Otherwise, if I don't need it for anything, I just put it back in the fridge. 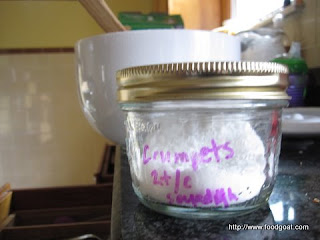 I make crumpets so often - each week, every Friday, each time I feed the starter - that I made my own crumpet mix to add to it.

The crumpet mix is: 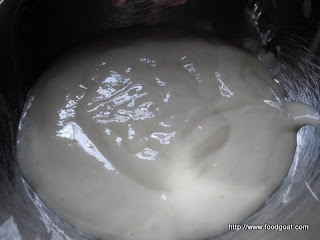 When you make crumpets, take approximately 2 teaspoons of the mix and briefly mix it into every 1 cup of starter.

You could also add some milk if you want it to be less sour and thinner, more like a pancake. 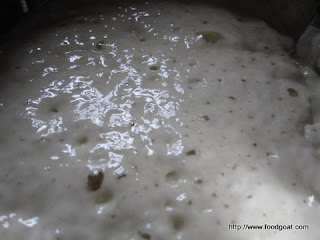 Let sit at least 15-20 minutes, or until you see bubbles! 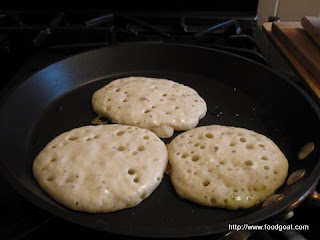 Then just pour a bit onto a hot griddle, and cook until set. For a more crumpet-y shape, use crumpet rings. I don't have them, but I kind of want them now. Flip briefly. 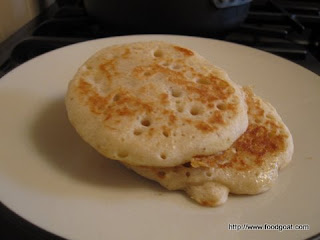 And there you have sourdough crumpets! I get 3-4 small ones per cup of starter.
It's nicely sour, and full of holes that are great for holding butter, yogurt cheese, or syrup. I have also mixed in green onions or cheese or other savory bits. It's a great snack or small meal, quick and easy, and it reminds me to feed my starter weekly. None of the precious sourdough starter is wasted!