The Only Kind of Beer that Goes Well With Chainsaws 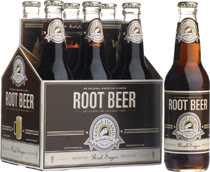 Last weekend, after many a manly hour with a chainsaw and a pile of tree pieces, Foodgoat found himself yearning for a beer. But there was no beer to be had. In the entire house, not a single beer.

And there the story might have ended - a horror. No -- a tragedy. But then he decided to sample one of my latest acquisitions in fine gourmet beers. It was a cool, creamy brew from Goose Island Brewery in Chicago and turned out to be so refreshing, so flavorful, touched with just the right notes of vanilla and just the right amount of sweetness, that the six-pack was finished off in no time.