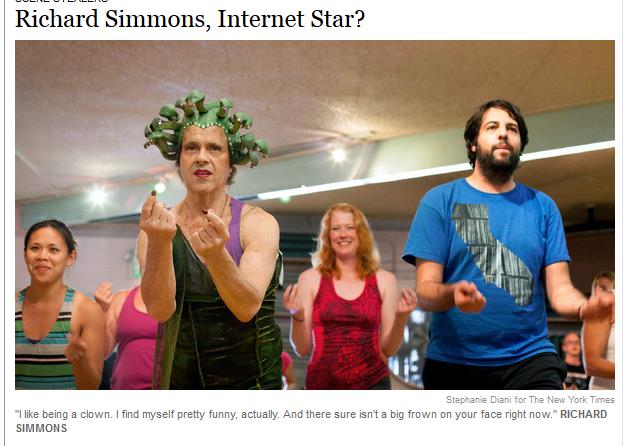 I saved this screenshot of last week's New York Times so that any time I want to look at Richond Simmons in drag wearing a Medusa wig, I can.

I started to look up recipes by Richard Simmons, since he has had a few cookbooks out, but food isn't really his thing, and besides, in the recent Grantland profile I found this quote:

As Morice admits, Simmons made up for it with unrestrained benevolence.

In any case, let's all be thankful that Richard Simmons does not have a show on the Food Network.  That would just be too much.