This year, I decided to grow potatoes.  I got myself some organic German Butterball seed potatoes, a Smart Pot, and a big bag of soil, and crossed my fingers. 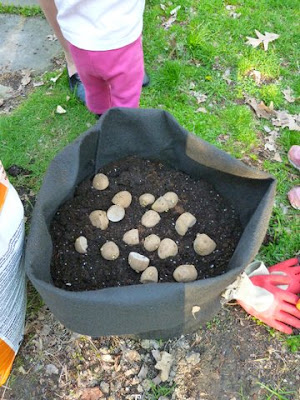 It grew well, until I went on vacation in July, and came home to a potato plant that looked like it had been trampled by the deer. It was still alive, but never quite recovered the thriving look it once had.

So last week we just dug it all up to see if there was anything there.

There was, but so tiny!  The entire crop fit into one bowl, and all the potatoes were the size of cherry tomatoes. 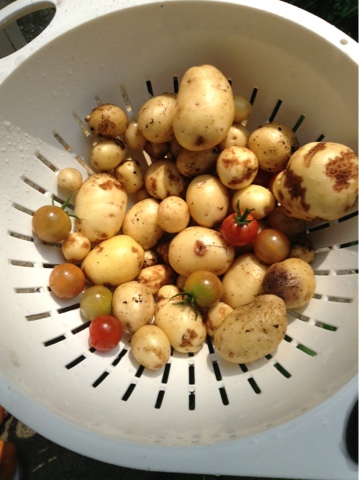 I was so disappointed.

But then Foodgoat decided to make mashed potatoes out of them.

We tasted the potatoes just after boiling them, and my friends, it was the BEST POTATO I HAVE EVER TASTED.

It was incredibly flavorful.  I don't normally think of potatoes as having a pronounced flavor - I usually think of them, frankly, as a carrier for other flavors, like sour cream or cheese or bacon - but this potato was truly delicious.  I had no idea potatoes could taste like that. 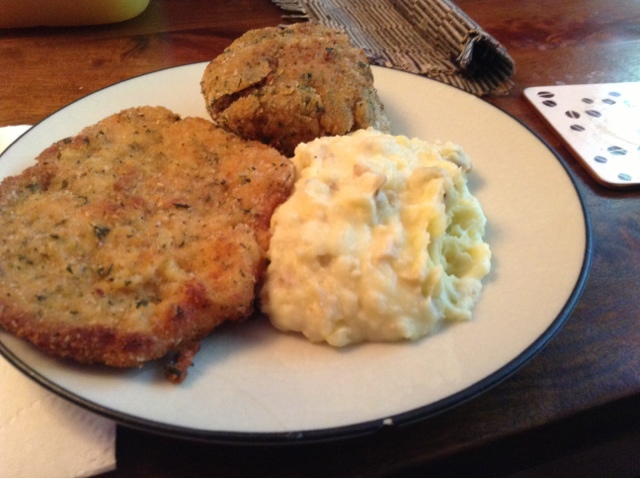 So yes, next year, I'll be growing potatoes again.