The commute to work often includes a particular suburban, tree-lined, intersection, which has been distinguished lately by an unusual inhabitant: 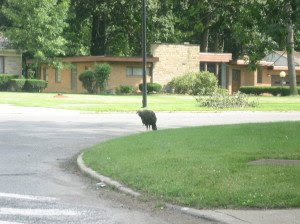 See it? Here's a closer look: 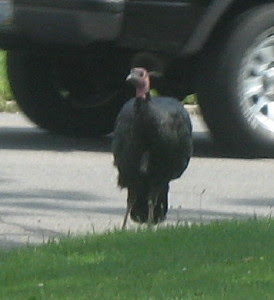 Say hello to Marvin. Marvin the Wild Turkey that a Few Months Ago Moved Into A Local Intersection From God Knows Where. At least that's what we call him. He just hangs out in the neighborhood, miles from any Ohio rural roads, watching the commute from the grassy part of the intersection.

The Cleveland Plain Dealer featured him a few weeks ago in the Metro section, and apparently some residents don't know what turkeys look like, because Marvin was variously reported to police as an ostrich or a kangaroo.

You can't blame them too much, considering that the turkey most of us are familiar with looks like: 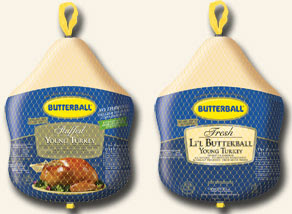