Samosas and The Librarians

I started watching The Librarians this season, the new show on TNT, which I think is fair to describe as an American Doctor Who.  But a little lighter, a little sillier, with magic instead of timey-wimey, a magical door instead of a TARDIS.  It's fun and it has John Larroquette, and Noah Wylie pops in every once in a while acting loopy and very Doctor Who-like, so it makes me happy.   So knowing my luck, it's going to cancelled.

The show revolves around a group of Librarians who, along with their Guardian, go around the world collecting/saving the world from magical objects.  In one recent episode, the magical object was a house.  A scary, terrifying house wherein lived a serial killer.  But it turns out the house itself wasn't evil, it was the House of Refuge.  A magical house that provides people what they need.

And how did they discover this?  Ezekiel, the world class Australian thief, finds himself in a miniature dollhouse version of the house, and discovers that the house will give him samosas.

But the really important thing is he got SAMOSAS. 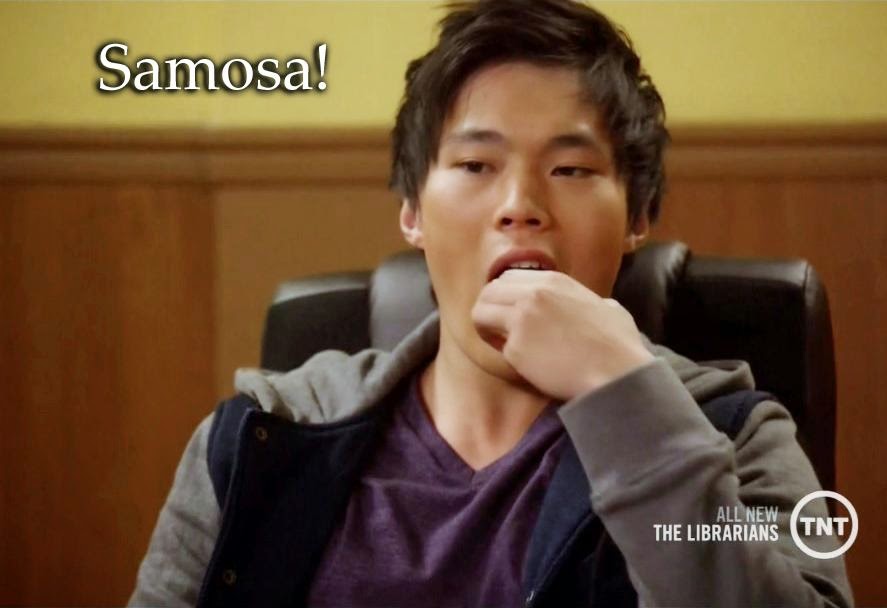 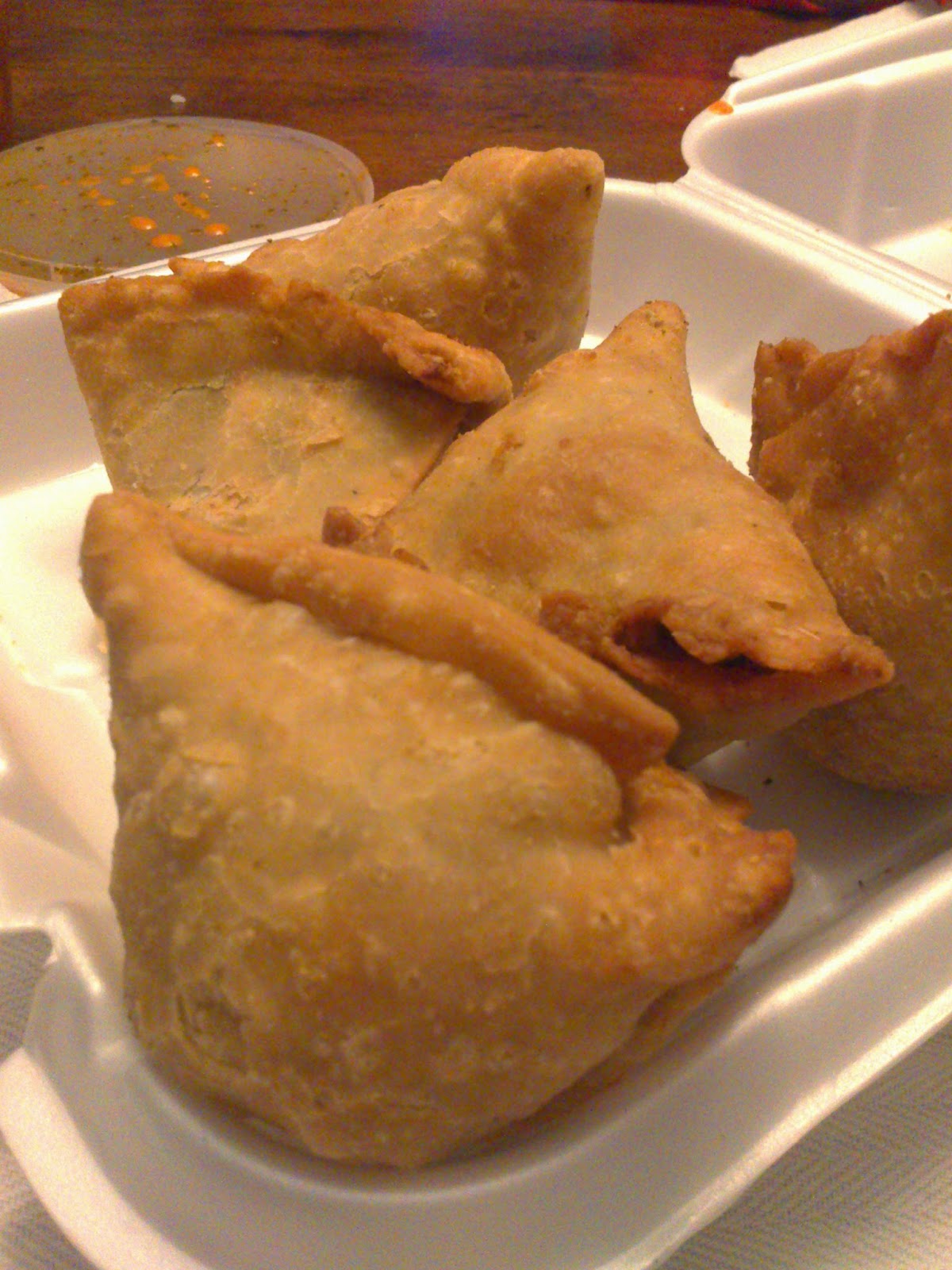 Ta da!  We got 3 orders of samosas just for us.  A few days later we got more samosas.

But I'm still not satisfied, honestly.  I could still have more samosas.