After our experience grilling a whole fish was so successful, Foodgoat was really looking forward to doing it again. As we drove to the West Side Market on Saturday, we had visions of a warm and sunny day, a hot grill, and a great big red snapper.
But when we got to the fish stand at the market, there was not one red snapper.  Not one!  Not even a fillet in sight.
Was this the result of the Deepwater Horizon oil spill?  While Louisiana produces only about 1% of the seafood Americans eat, it does account for nearly 72% of the catch of the Gulf of Mexico, including red snapper.  And just recently, red snapper stocks were just showing signs of rebounding after decades of overfishing, which had left red snapper populations at 2% of their historic levels.
So as if massive environmental disaster were not enough, add to the awful consequences of "drill, baby, drill" the fact that Foodgoat and I were not able to have any red snapper this weekend.
The Deepwater explosion occurred nearly a month ago, and is still spilling, which led Foodgoat to wonder why the following obvious solution to the problem has not yet been attempted:  drop a small thermonuclear bomb down the pipe.
Here are Foodgoat 's technical illustrations:
Here is the before situation - leaking pipe, unhappy fishes. 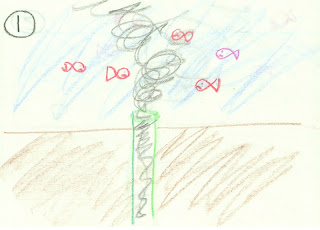 Next, drop a thermonuclear bomb down the broken pipe. 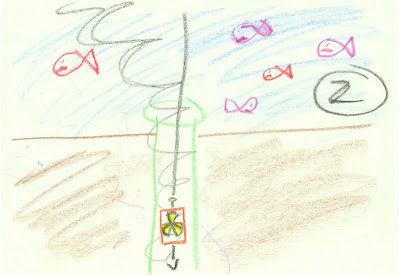 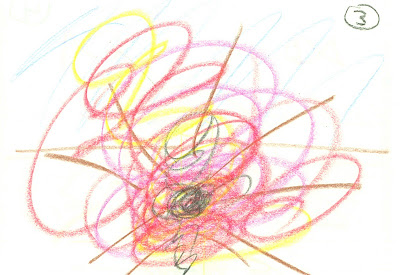 And here is the after: tons of rubble has sealed the broken pipe.  Fishes are happy again.  Problem solved. 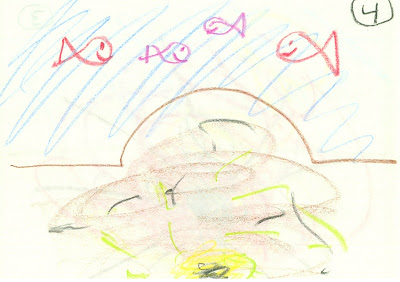 Note, there are some small risks to this method.  For one thing, there's the potential for radioactive contamination of the Gulf waters.  There is also the chance that detonating the nuclear device will alter time somehow, creating a sideways universe in which lives are quite different yet kind of better if you were on Oceanic 815.  And possibly uncorking evil into the world.